Abortion: The Worst Kind of Poverty 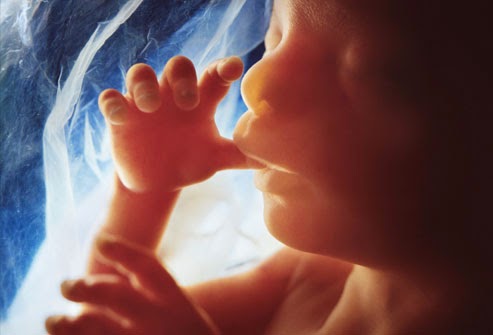 Since we are privileged enough to live in a country as wealthy and prosperous as the United States, it's easy for us to believe that we are truly rich, and that we have eradicated poverty for the most part in our society. Blessed Mother Teresa, who spent the majority of her life serving the poor, marginalized, diseased, and dying people of Calcutta in India, firmly disagreed with these preconceptions. In 1975, when an English interviewer expressed pity for the people she served, her response shocked him:

The spiritual poverty of the Western World is much greater than the physical poverty of our people...You, in the West, have millions of people who suffer such terrible loneliness and emptiness. They feel unloved and unwanted. These people are not hungry in the physical sense, but they are in another way. They know they need something more than money, yet they don't know what it is. What they are missing, really, is a living relationship with God.

Having spent the majority of her life living among and serving people who experienced some of the worst physical suffering and deprivation possible, Mother Teresa was an authority on human suffering. Years after this interview, she would hear about the epidemic of abortion in the West, and famously comment:

It is a poverty to decide that a child must die so that you may live as you wish.

Abortion is NOT a Religious Issue

The vast majority of people who oppose abortion are religious, especially in the United States. Unfortunately, this fact leads many supporters of legalized abortion to assume that the only reason people oppose abortion is because it conflicts with their religious beliefs. While sincere religious belief, and belief in Christianity in particular, will certainly motivate a person to work more diligently in the cause of putting an end to abortion, it does not follow that the Pro-Life movement is a religious movement, or even that the best arguments for the Pro-Life view depend on a belief in God or the Bible. On the contrary, it can be shown that abortion is a severe violation of basic human rights on the basis of ethical principals and medical science alone, apart from the revelation or teachings of any religious tradition. Therefore, the Pro-Life movement is a civil rights movement, not a religious movement, which is why there are secular and even atheist people who support it.

Every argument that I've ever heard or read in defense of legalized abortion either makes an irrelevant distinction between unborn and born children or else could also be used to justify infanticide. The following argument summarizes why abortion is immoral and should therefore not be lawful in any country that claims to respect human rights:

From the instant that the female's egg cell is fertilized by the male's sperm cell, a new, separate, and unique organism exists. Despite how much supporters of legalized abortion like to present themselves as being up-to-date scientifically speaking, many of them still either fail to recognize, or worse, refuse to accept this undisputed fact of biology. Ambiguous, inaccurate, or even blatantly false terms and phrases are often used in an attempt to redefine the newly formed human being as something else, such as: clump of tissue, collection of cells, pregnancy, potential human being, and parasite (yes, seriously). An organism is an individual living member of a species. A clump of cells, whether they make up a tumor or part of a human organ, will never grow into an adult member of the human species, like an embryo will under normal conditions. In short, everything science tells us about human embryos and their development supports the idea that the life created at conception, while completely dependent on its mother for survival, is a unique and separate human organism, which, given time, nutrition, and the proper environment, will grow into a fully developed human being like you or I.

Usually, when people try to argue that embryos or fetuses aren't human beings, they will point to some factor or set some criteria which they claim disqualifies the unborn life in the womb from being considered a human being. Such factors include: having the shape/form of a human being, having all of it's own functioning organs, viability (the ability to survive outside of the womb), and a nervous system capable of experiencing pain. The problem with all of these factors is that, when defining what is essential to being human, they are all irrelevant. Given how gradual the process of human development is, there is no concrete moment that you can point to as the moment at which the life form/organism becomes human. If the unborn are not human because of their level of development, then newborn children who are barely more developed should not be considered human beings either. Also, if consistently applied, this reasoning would imply that no one is fully human until they are in their twenties and a physically mature adult, which is clearly absurd. The viability factor also doesn't work as a criteria for determining whether or not something (someone) is a human being or not, because it is very common for premature infants to require incubators and other life support for survival, and it would rightly be considered seriously wrong to kill one of them. Often people will say, "Yeah, but they're born already." So, being human depends on your location? If a baby is halfway out of the womb, is it only half human? I suspect the sad truth is that people think this way because when a fetus is dismembered inside of its mother's womb during an abortion, the process is more private and hidden from sight. Lastly, the distinction based on the ability to experience pain is yet another insufficient way of determining whether or not the unborn life is human or not. There are two basic reasons for thinking this: 1) We are not only human beings during the moments when we are experiencing pain, and 2) There are millions of non-human animals that do feel pain but are not given the right-to-life reserved to human beings.

The Role of Language

How many times has someone told you that they are personally opposed to abortion, but they don't want to "impose their views" on someone else? I hear it all the time. The question that always immediately comes to my mind  is, "Why doesn't anyone ever use that logic with other moral issues?" In other words, what is it about abortion that makes people believe it to be seriously wrong and yet still think it should be legal? There seems to be only one plausible reason for this distinction regarding abortion. Unlike other moral actions in question, abortion is based entirely on sex, more specifically, on the modern idea that all people have the right to have as much sex as they want without commitment or consequences. Contraceptives are the most common means of trying to achieve a responsibility-free sex life, and abortion is simply back-up contraception. If personal pleasure and being in control of your life are your idols, your only absolutes in life, then eventually your conscience can become so decayed that you're willing to sacrifice anything in order to possess those idols, even the life of an innocent human being. When you consider how frail and broken the heart of a person must be in order to accept abortion as a morally acceptable action, it becomes easier to understand how Mother Teresa could say, “It is a poverty to decide that a child must die so that you may live as you wish." If love is the most valuable thing that we can ever give or receive in life, then being deprived of love to such an extent that you would choose or support abortion is literally the worst kind of poverty possible.

A Most Disturbing Trend

When you read about the worst crimes committed against human beings throughout history, and especially the large scale crimes of the 20th century like the Holocaust, you will see a trend in the way the people responsible for those crimes understood their victims. Every case involved the redefining of human beings as non-human or sub-human. Last year, on the day before the March for Life in Washington D.C., I had the privilege of visiting the National Holocaust Museum. While I had already read a significant amount about the Holocaust, seeing the displays, videos, and pictures showing the horrors which took place less than 80 years ago was a chilling but much needed reminder for me of just how much evil and destruction we humans are capable of bringing about. There was one video in particular that deeply disturbed me. In it, members of the British military were liberating a concentration camp, and while there were a few surviving prisoners to rescue, the soldiers spent literally days burying all the bodies and remains of bodies. In fact, there were so many bodies that they had to dig mass graves and push the bodies in with a bulldozer. When I saw the heaping pile of hundreds of starved and disfigured human corpses, I immediately recalled images that I had seen of dumpsters full of aborted human fetuses and their remains. The two images are similar in that both reveal the fruits of what Pope Saint John Paul II called the "culture of death." We all recognize madness when we see it. 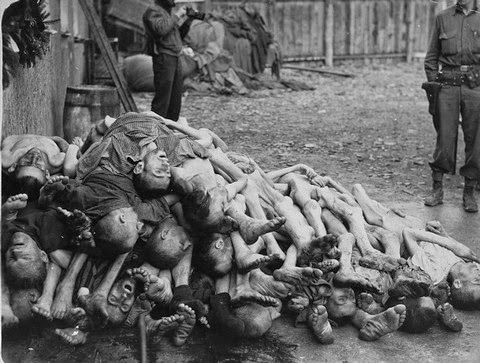 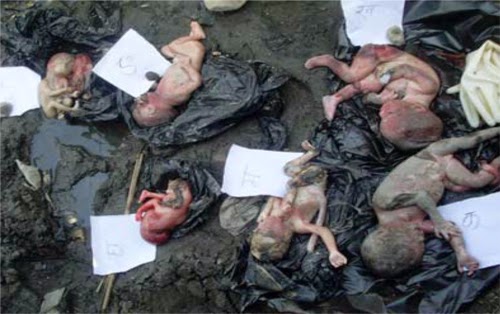 The Tide is Turning

While we cannot forget the atrocity of abortion, with all of the death and suffering it has caused over the last four decades, it is important to remember that the Pro-Life cause is steadily overpowering it's opposition, the so-called "Pro-Choice" movement. According to a 2013 Gallup poll, 58% of adults in America believe that abortion should be illegal in "all" or "nearly all" circumstances, while just 39% believe it should be legal in all circumstances. Also, while the Pro-Choice movement claims to defend the rights and dignity of women, only 40% of women in America identify as Pro-Choice, and 57% consider themselves to be Pro-Life. Millenials (aged 18-34) are the group most likely to think that abortion should be illegal in all circumstances. Also, in the past two decades, the number of abortion clinics in the US has gone from 2,176 in 1991 to 582 by the end of 2013. In other words, the Pro-Life movement is winning now, and winning the future as well. With the wisdom and witness of the Catholic Church as our guide and spearhead, we WILL abolish abortion in this country and in the world. Let us pray for the conversion of all those who support abortion, for the healing of all mothers who have ever had an abortion, all the fathers who encouraged or forced women to have one, all the doctors and nurses who work at abortion clinics, and above all, for the innocent and helpless victims of abortion, the unborn children themselves, who have been robbed of their most fundamental right, their right to life, as well as their chance to be loved in this life.


† Under the Mercy,
Chris Trummer